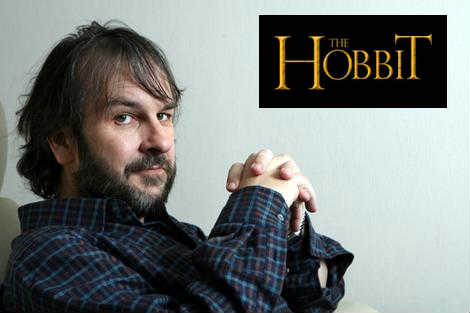 QUESTION:  Why did you shoot The Hobbit Trilogy using the High Frame Rate (HFR) format?
PETER JACKSON:  We live in a rapidly advancing digital age. Technology is being continually developed that can enhance and enrich the cinema-going experience. High Frame Rate shooting for a mainstream feature film has only become viable in the last year or two, and yet we live in an age of increasing home entertainment. I started shooting The Hobbit films in HFR because I wanted film audiences to experience just how remarkably immersive the theatrical cinema experience can be.

QUESTION:  What is the history of frame rates and why do you think the time has come to increase them in the theater?
PETER JACKSON:  Silent movies were shot at somewhere between 16 and 18 frames per second (fps) with hand-cranked cameras. In 1927, when sound came along, the industry needed to agree on a motor-driven, constant camera speed. 35mm film stock is very expensive, so it needs to be as slow as possible. However, the early optical soundtrack required a minimum speed to achieve fidelity of the sound. 24 fps was decided on, and became the industry standard for over 80 years, with cinemas all around the world installing mechanical projectors only capable of projecting at 24 fps. 24 fps was a commercial decision — the cheapest speed to provide basic quality — but it produces movement artifacts, like strobing, flicker and motion blur.
Now, in the digital age, there’s no reason whatsoever to stick to 24 fps. We didn’t get it perfect in 1927. Science tells us that the human eye stops seeing individual pictures at about 55 fps. Therefore, shooting at 48 fps gives you much more of an illusion of real life. The reduced motion blur on each frame increases sharpness and gives the movie the look of having been shot in 65mm or IMAX. One of the biggest advantages is the fact that your eye is seeing twice the number of images each second, giving the movie a wonderful immersive quality. It makes the 3D experience much more gentle and hugely reduces eyestrain. Much of what makes 3D viewing uncomfortable for some people is the fact that each eye is processing a lot of strobing, blur and flicker. This all but disappears in HFR 3D.

QUESTION:  Having shot the film using HFR technology, what are your thoughts on the experience?
PETER JACKSON:  I think HFR is terrific. As a filmmaker, I try to make my movies immersive. I want to draw the audience out of their seats, and pull them into the adventure. That is the experience I hope to offer moviegoers no matter which format they choose at the theater. While I personally prefer watching The Hobbit: An Unexpected Journey in HFR 3D, I can assure you that every format will provide you with an incredible and immersive experience.
HFR 3D is “different” — it won’t feel like the movies you’re used to seeing, in much the same way as the first CDs didn’t sound like vinyl records. We live in an age when cinemas are competing with iPads and home entertainment systems. I think it’s critical that filmmakers employ current technology to increase the immersive, spectacular experience that cinema should provide. It’s an exciting time to be going to the movies.